Attempting to review from afar and piecemeal (and 3 months late), around caring for a newborn.

Without being in situ at the festival, and being able to follow up recommendations on the ground, I regretfully veered towards filmmakers with familiar names, based not very far from the European context. I would have liked to see the feature of films by the Karrabing collective of filmmakers indigenous to the Northern Territories but for some reason these weren’t accessible to press online. Still, I did pick up on some significant and refreshing adjustments made by some old dogs as well as glimmers from moving image activity new to me. 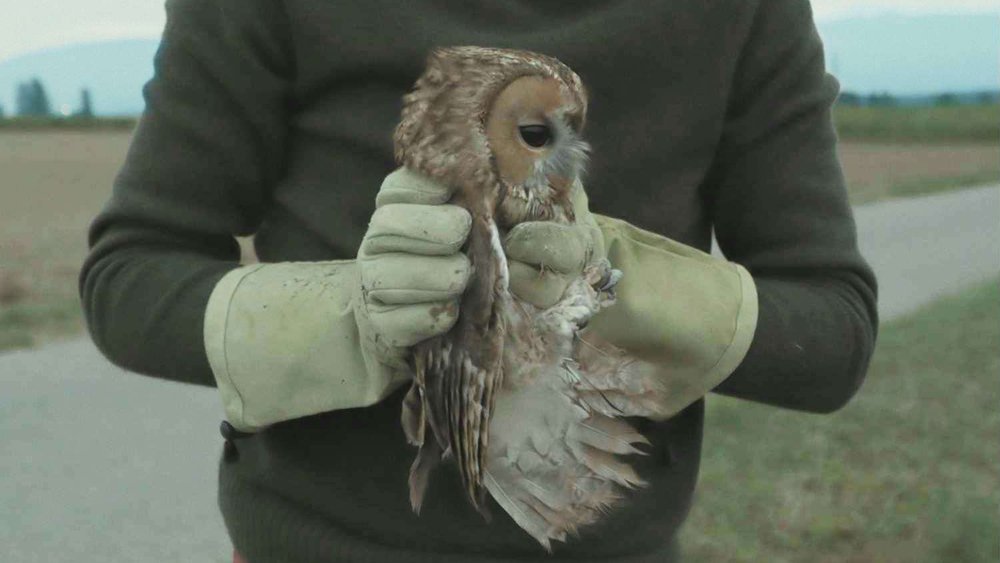 I find Dutch artist Erik Van Leishout is a good barometer for progressive currents in the Netherlands. Despite nearly always being centre stage, his films never seem vain or didactic. He acts more like a mediator or Shakespearean fool, aligning his id and social conscience to great effect as he dares to ask difficult questions. Beer follows Leishout’s wrestling with the dilemma of receiving a $$ prize from Heineken when staff at the brewery’s African offices stand accused of sexually exploiting women there. He manages to expose the company while fulfilling the conditions of the prize in creating the film. I felt he really seemed to confront the reality of white male privilege which has traditionally covered up such abuses on each other’s behalf.

Luke Fowler’s new film Houses (for Margaret) is a 5 minute ode to Margaret Tait, set to a recording of the late filmmaker reading her poem Houses. Tait’s voiceover locates female oppression in the home, returning repeatedly to the refrain “I don’t want a house”. Accordingly he films mainly outside her home in Skye and I am reminded of her resonant, tactile films as well as a q&a with Fowler’s mum at last year’s festival after a screening of a short film he’d made about her personal library. In recent years Fowler’s filmmaker partner Corin Sworn has made confessional works about motherhood and I wonder if the experience of parenthood at this political moment in 2020 has (permanently?) turned him away from focusing on male mavericks like E P Thomson, Cornelius Cardew and R.D. Laing as his early works were devoted to.

Phil Collins worked with Creative Time to make Bring Down the Walls connecting the history of American house music with the prison industrial complex and abolitionist movement in the States. “Coinciding with the rapid escalation of mass incarceration in the 1980s, house music emerged from Black, Latinx and queer communities embattled by the criminal and law enforcement policies. [In the two years preceding the film] Collins worked with men incarcerated at Sing Sing, a maximum-security prison in upstate New York. After access was revoked, Collins recorded a compilation of classic house tracks with vocalists who have formerly been incarcerated, and set up a communal space in the heart of Manhattan’s court district dedicated to the struggle for social justice and prison abolition.” I enjoyed it – wonderful to see veteran vocalist Robert Owens (pictured below) hasn’t lost any of his interstellar verve – but the film felt more like pure documentation than Collins’ affectionate earlier films where perhaps his subjects were closer to him and the filmmaking process was more hands on. Taking this opportunity to mention Recorder: The Marion Stokes Project by Matt Wolf, which I saw at the London film Festival a couple of months before, as a similarly unexpected pairing of filmmaker and subject given context by the growing movement for black lives, worth seeking out because Stokes was reticent about anyone knowing about her tireless collecting of TV news footage. Where his fandom isn’t as tangible as for Arthur Russell in his gorgeous 2008 documentary Wild Combination, he handles this sensitively closing with the immensity of her achievement documenting the documentarians. 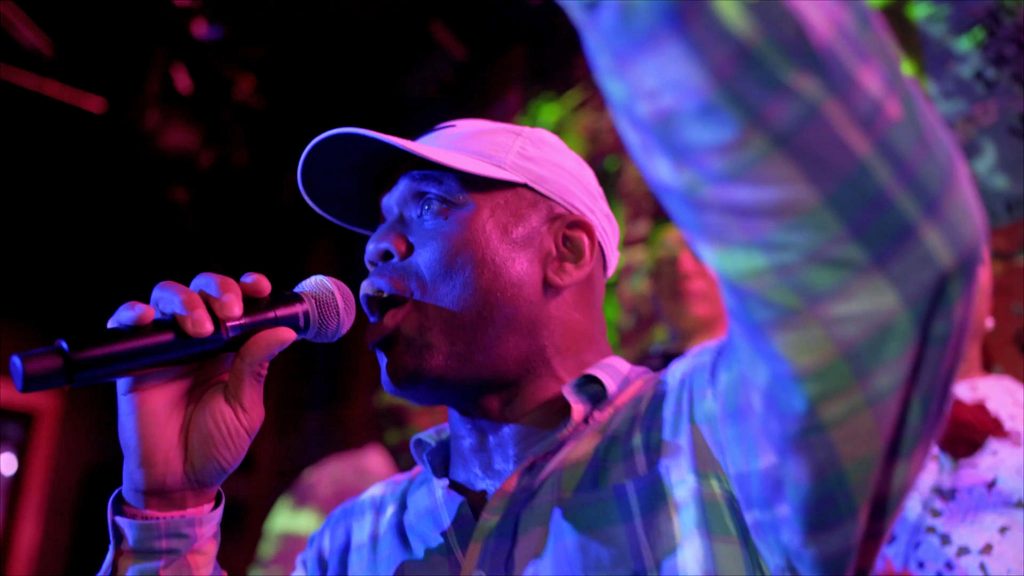 Cenote by Kaori Oda wowed me for the lush underwater imagery of cavernous Mexican sinkholes she was able to capture with an analogue camera which I hadn’t imagined was possible in any wetness let alone in the bottomless darkness of a flooded cave network. Oda defers to Mexican storytellers to provide the non-musical soundtrack and ‘dry’ interludes but the portraits strike me as touristic, untrue to the animism of this spectacular culture. I think it would have worked better both ethically and sensorially to only work with their narration and focus on the non-representational, dark and disquieting qualities of the cenote, taking a lead from the way the camera compensates for the lack of light conjuring strange colour effects, rather than borrow too liberally from another culture framed in translation. Although, as a caveat, I didn’t get to see this on a 15m wide screen which I’m sure would be more immersive, if you’ll excuse the pun.

Tiger Shorts prize winner Dorian Jespers’ graduation film Sun Dog belies his relative inexperience, conducting a rich cinematographic event within the film’s short 20 minute timeline. From the disembodied vantage of a roving drone camera, the viewer accompanies Fedor a young locksmith around a dark and wintery residential estate in the Russian Arctic caked in snow, and is led out of the city by car as he clocks off. My hope is that in future works he will do away with narrative as, together with the different viewpoints of a drone, Sun Dog’s transcendental ending seemed too much to gratify, as if finishing victorious over a video game.

My favourite film was Bird Island by Maya Kosa and Sérgio da Costa in which the animals in a bird rescue centre play parallel roles to the humans (and a few of the actors seemed to identify with the birds over the other humans) as both are comforted within its care. The second longest of all the films in this review the unhurried quality and detail in the filmmakers observations shows cinema’s advantage over realtime. I have to say too that I’m a sucker for the Bressonian method of muted expressiveness plus vulnerable male protagonists. It was a treat – hope it will be widely available before long.

"It is the flattest and the dullest parts that in the end have the most life." Robert Bresson

Flatness is a multi-format research and commissioning project engaging in ideas around the screen-based image and immaterial culture after the internet. In inviting contributions by artists, writers and computer specialists the website flatness.eu seeks to test the possibilities and limitations of the web as a creative site and space for encountering artworks.

flatness.eu extends from the artists’ moving image programme ‘Flatness: Cinema after the Internet’ (featuring special screenings by artists Ed Atkins, Anthea Hamilton and Oliver Laric) curated for Kurzfilmtage Oberhausen 2013; returning to the small screen to present many of the works, research and writing about them, online.

Read an extended interview about the project in Rhizome.

Currently, Flatness is working in collaboration with super_filme, Berlin to curate warehouse, a programme of online and offline screenings, workshops, digital residencies and ethnographic research and writing on digital friction.

Flatness is curated by Shama Khanna